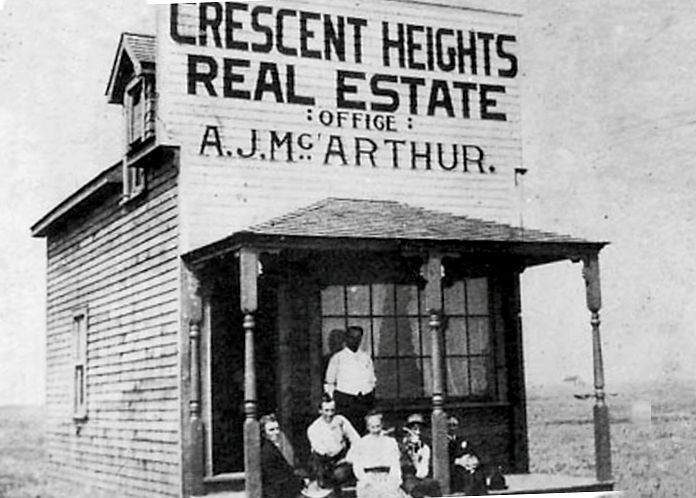 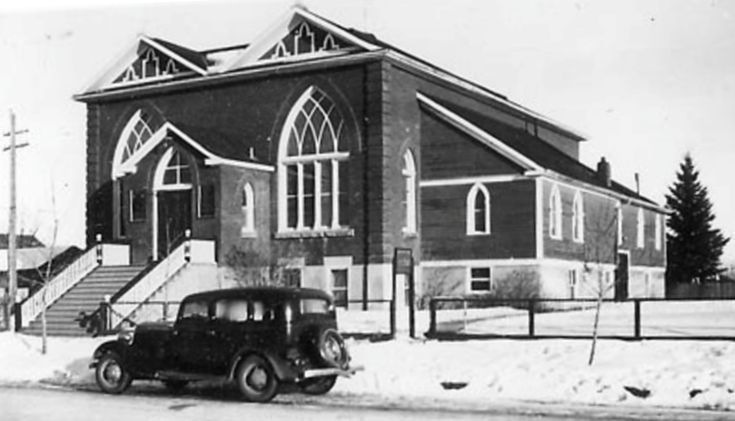 By 1884 the NWMP post at Fort Calgary had attracted enough settlers to be incorporated as a town in the North-West Territory.  Four years later the Baptists among them were numerous enough to meet and incorporate as First Baptist Church and a year later open a church on 6th Avenue in the town’s burgeoning downtown.  They were added to the churches across the country who had created the Baptist Union conferences as the Baptist Union of Western Canada.  At the turn of the century, First Baptist began its mission to plant sister Baptist churches throughout Calgary which had by then become a city.  Among these church plants, and with the encouragement of businessman and former mayor Thomas Underwood, A. J. McArthur, also a First Baptist Deacon, led the move to evangelize the land owners in his new Crescent Heights subdivision.  With an enthusiastic young pastor, Archie Gorden, McArthur opened his Crescent Heights real estate office to a new Sunday School mission in 1907.  Within a few short years, the Sunday School would reach 300 attendees.  Their success led McArthur to dedicate land to the building of a small wooden church which opened as the newly incorporated Crescent Heights Baptist Church in 1909.  Three years after this, along with McArthur’s financial backing, the church opened the doors of a brand new red brick church which still stands, incorporated into the improvements the church chose to make in the late fifties.  Unfortunately, McArthur who had joined Premier Rutherford’s Liberal government in the Alberta Legislature, had been thrown from his horse and mortally injured the year before the new church building opened.  Of the many church plants made by First Baptist in the early 1900s, Crescent Heights is the sole survivor.  It is 110 years old this year.

Subscribe to receive email updates with the latest news.