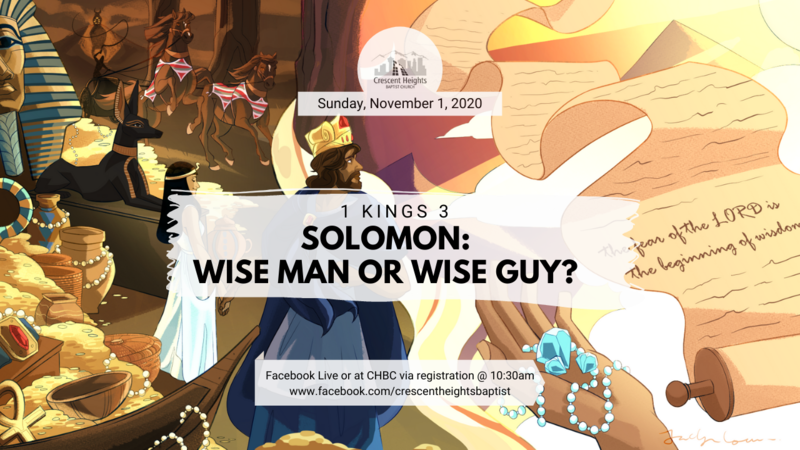 What would you request of God if He appeared and granted you anything? King Solomon’s request is legendary, “…give your servant a discerning heart to govern your people and to distinguish between right and wrong.” Pleased by his response, God grants Solomon wisdom, riches, and honour, in order that he would have no equal among kings. It seems asking for the correct thing, granted Solomon everything. And yet, over time King Solomon’s life is marked by foolhardiness, not wisdom, desire not discerning governance. Other than an early ruling to determine an infant’s true mother (and many writings attributed to his name), Solomon’s actions are characterized much more by riches and honour than by God-given wisdom. What happened? Did God mess up? How could the “wisest king” be such a dolt and a glutton for money, sex, and power? What hope do we have if God’s chosen king was such a failure?
Continuing to revisit famous Old Testament stories, we will examine the life of King Solomon, a rich guy, a powerful guy, and also very much a wise guy.

Jonah: Every Which Way But Right

Stories of The Bible

Rescued From The Giants

David and Goliath
Stories of The Bible
1 Samuel 17

Finding Our Way In The Dark